On the morning of November 21st, 2021, a group of Shin Shin volunteers arrived at Alviso Marina County Park to help out. Prior to attending the service, each person was required to sign a waiver and bring verified proof of vaccination. After the supervisors checked everyone in, the main activities for the participants to choose from were uprooting weeds that were invading local plant species, and tilling the soil to prepare the area for new plants to grow.

The first thing we were required to do was pick from a variety of different tools available, which included pickaxes, shovels, and rakes. We then had the option of either picking out weeds or tilling the soil. We chose to pick the weeds, and so the supervisors began to give a demonstration along the plant-covered road. They showed us how to identify the weeds based on their stocky, greenish-brown appearance and licorice scent, as well as how to hack out the weeds from the roots using our tools.

We started to look for and pick weeds ourselves. At first, it seemed like a relatively straightforward and untroublesome job. However, we soon realized that it was a harder task than it looked. Kneeling on the hard floor for hours at a time wore out our legs and backs. We soon learned that the plants were all connected at the roots and the extremely thick roots were difficult to weed. After about 3 hours of kneeling and swinging our pickaxes against the dirt, we were exhausted. However, we had also uprooted a good batch of weeds along the road.

Some volunteers switched from rooting to tilling the soil in the middle of the event to get a feel of doing both tasks! While we were working, we learned that getting rid of the weeds would help make room for the native species, allowing the maintenance of plant biodiversity along the coast. The next volunteer session will be for planting the new species. Overall, taking part in this event was a very insightful and educational experience. 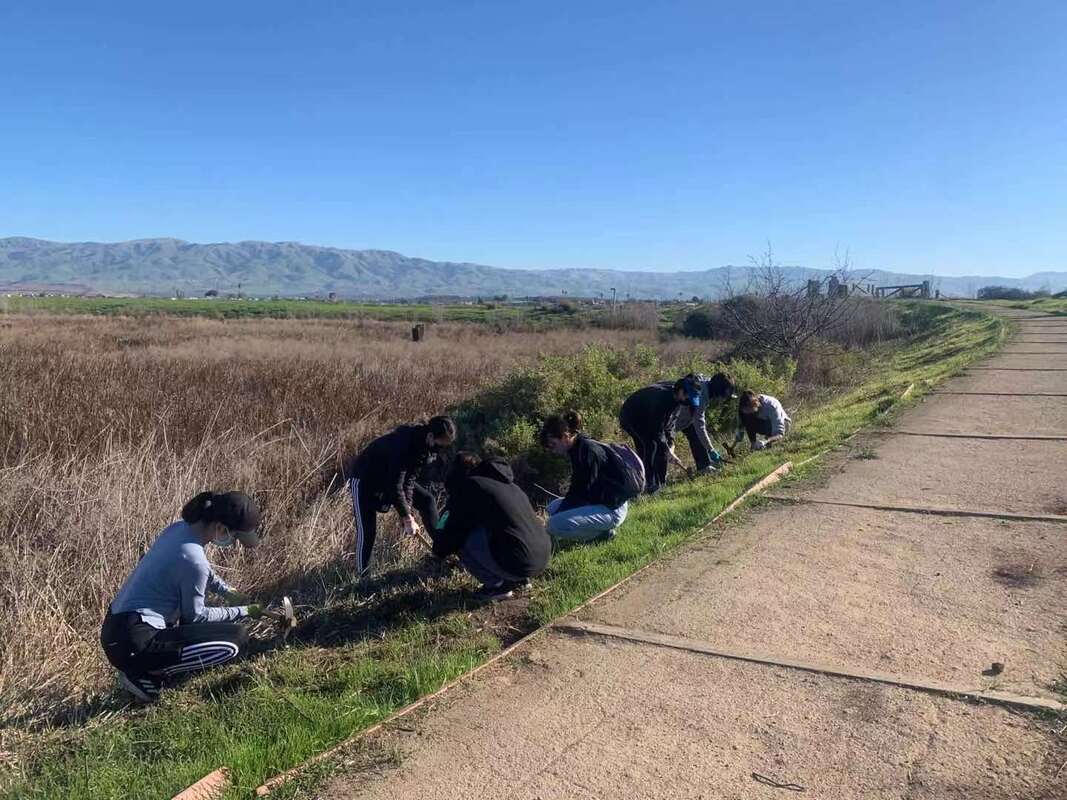