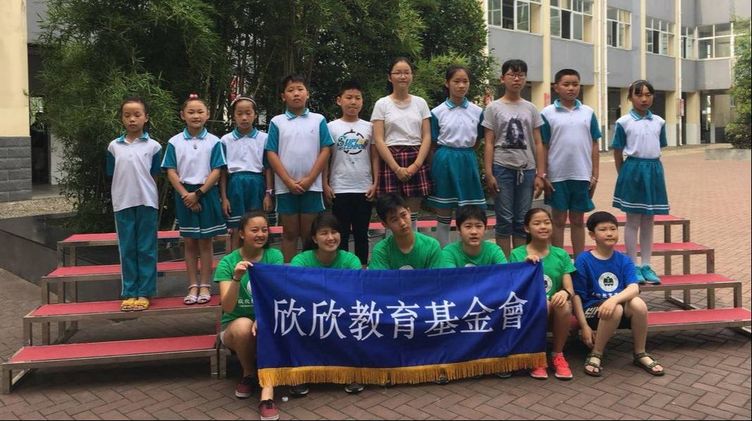 During the month of June in 2018, I had the wonderful opportunity to teach students at a school in Ma’an Shan alongside my teammates Josie, Alexander, Eric, and Christy. We taught English, programming, robotics, self care, safety precautions, saving the environment, and trash sorting.
I taught English with Eric and we had difficulties figuring out how to teach the class. The fifth graders’ teacher told us that they actually finished going through all the lessons in the textbook, so there weren’t any lessons left for Eric and I to teach. The teacher suggested for us to review words and lessons that the students may have questions on. I thought that it was a good idea since this is a once in a lifetime chance for the students in China to listen to English from native English speakers. During class we would ask the students what lessons, words, or phrases they needed help with, and we would either help them with pronunciation, translation, or meaning of whatever they have questions with.
We had to teach three English lessons in total, and after the first class we both thought that we should have an activity to engage the students more. We agreed on playing Simon Says, a game that requires for students to listen to and understand simple English terms to play. The first time that we tried playing it, the Chinese students were confused and the game didn’t work out quite as well as we would have liked. The students couldn’t react fast enough to the commands because they couldn't understand the commands that we gave them.
Eric and I realized that we needed to figure out a way to teach the students the commands before playing Simon Says so during our last English lesson, we wrote the commands on the chalkboard along with their Chinese translations. We taught all the commands to the students and played a couple of practice rounds to make sure that the students understand the game. This time, the game went a lot more smoothly. Students weren’t confused anymore and they could quickly react to the commands because they understand what each command means. As the game progressed, we erased more and more terms off the chalkboard. We also went faster and faster to test the student’s reaction speed. By the end of the game, the students could understand all of the commands of Simon Says. Of course, the last English class was taught the best, with the most participation and understanding between the student teachers and students.
Everyone gained an immense amount of valuable experience from this teaching trip, from creating PowerPoint to presenting in front of students. Many of the student volunteers’ Chinese also improved, since it was necessary for them to present and speak in Chinese while in China.
I previously taught the sixth graders English through QQ, and below are pictures of me with teaching them English in person, and me with one of the sixth grade classes.